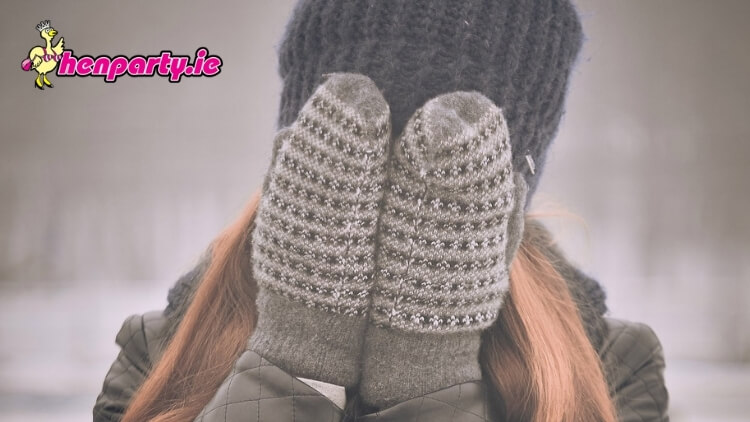 I was planning a hen party weekend recently. No surprises there considering where I work. But this was for a best friend of mine. We decided to head to Kilkenny as it was a central location for the people attending. We had a Cocktail Making Class and oh did we drink, dance, have to may shots, pull some questionable dance moves and had one hell of a hangover. All according to plan you say. Something I didn’t quite foresee was the mortification the bride to be was going to have when she saw her mother playing with the inflatable willy! So, as we help in every aspect of the Hen Party ladies. Here are the Stages of Mortification when your Mother starts playing with the inflatable willy.

Let’s be honest. There is just something funny about a large inflatable willy. Why else would we have one on the hen party weekend? Everyone gives it a wave about and then it’s passed to the bride to be’s mother. She waves it around and the laughter ensues seeing a 60-year-old woman in the middle of Kilkenny waving a large penis around in the air.

Positive start with some mild embarrassment. But hey…We’re on a hen!

The Looks Walking Down the Street

Your mother now seems to be under the impression that it is her job to look after the Inflatable Willy for the duration of the Hen Party weekend. She proudly walks down the street with it and is waving at passers-by like she’s some sort of celeb.
It’s at this point where the bride to be is starting to mutter. Can we just get her inside and off the streets?

Now, I don’t know about you. But I’ve never heard my mother make any sort of sexual joke or innuendo in my entire life. This could be said for most of us with Irish mammies. But, the power of the inflatable willy has taken over a once sweet woman. She is now busting out any penis-related joke or innuendo that is coming into her head at the hen party dinner. The bride to be can’t believe she knows so many. It's up there with cringe-worthy or awkward moments like when as a family you are all watching a movie and a sex scene comes on.

And at this point orders yet another large glass of red…and whispers just keep them coming. The mortification!

There has been a lull. The penis jokes seemed to have been banished into the annals of history. There is a great hum of chatter and laughter as you all enjoy a few cocktails ad G&T’s. The Hen Party night is going great. You have a brief moment to yourself and wonder how your mother is getting on. You try to find her through the crowd.
And then you spot her. She’s posing for pictures with the inflatable willy as her own appendage. There she stands as proud as punch in a busy Kilkenny bar posing for as many pictures as she can.
What is seen cannot be unseen!

The shots that HenParty.ie have provided have kicked then Hen into overdrive in the club. We’re all dancing, pulling some questionable moves and having a great time. It’s Saturday night in Kilkenny, so no surprise the place is busy and full of life. All the hens are having a great time dancing but then you spot that inflatable willy shoot up on the dancefloor. What is the mother up to?
You make you way over to see her dancing with a load of lads with the inflatable willy. You…have…seen…it…all! This is swiftly followed by the surely, I’m adopted phase and googling how do I know if I’m adopted?
The hen party weekend was a roaring success ladies. The bride-to-be saw the funny side in the morning after her hangover started to wear off. As much as she was mortified, it was definitely a memorable hen party weekend and she learned something new about her mum.

So, they’re the stages of mortification when your mother starts playing with the inflatable willy!
Will you be bringing your Mammy on the Hen Party weekend?
Back to Blog